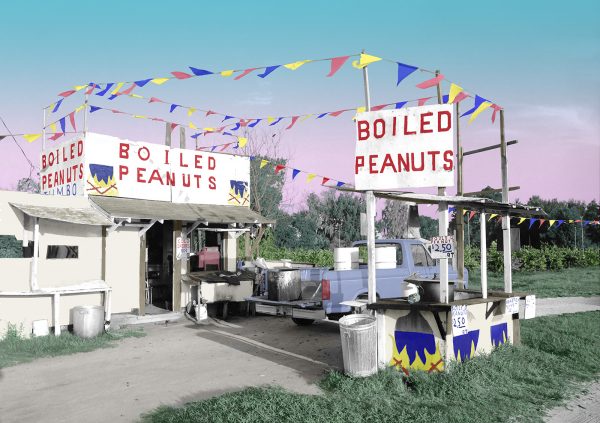 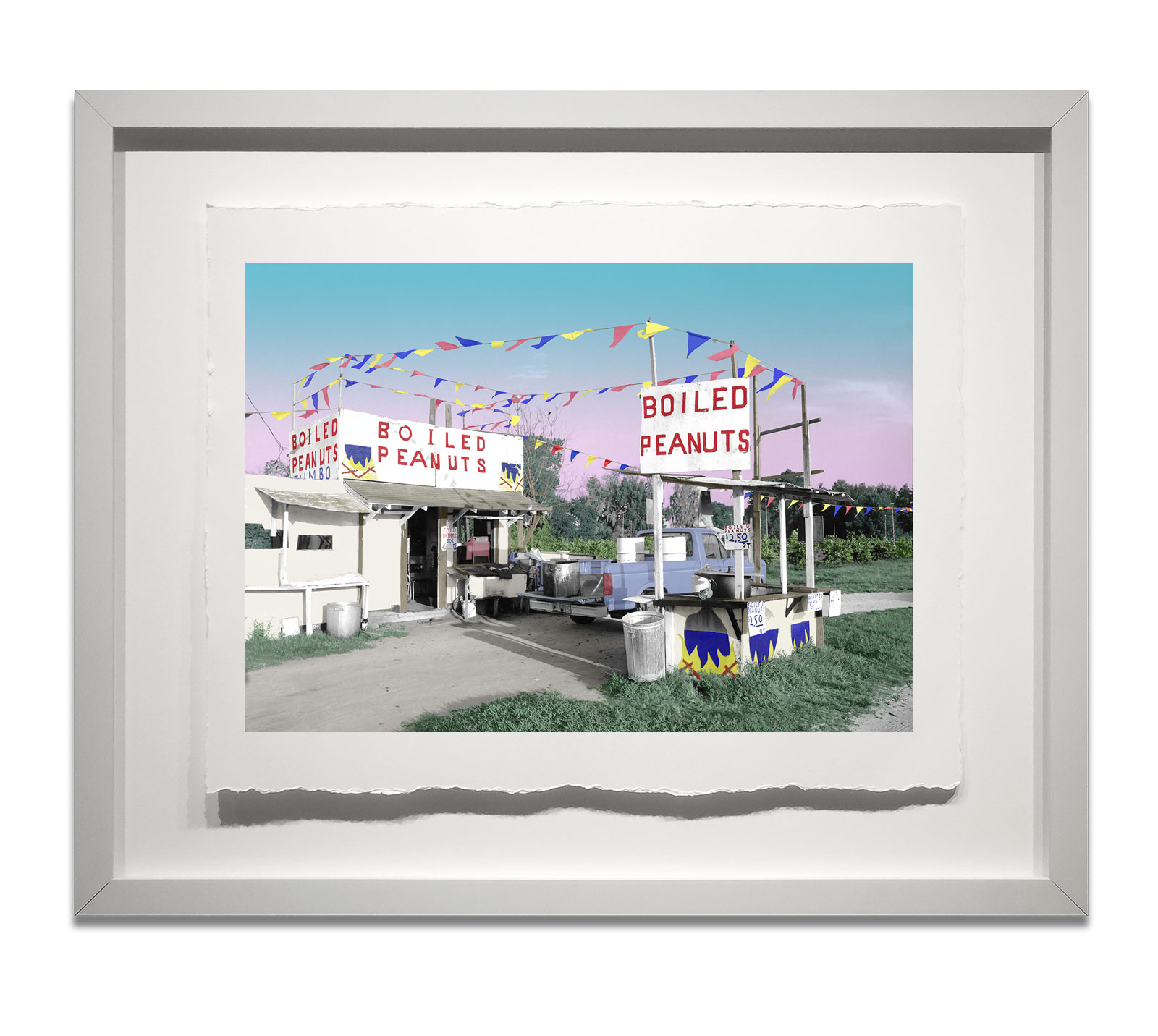 When we first moved to Florida, Boiled Peanut Stands were all along every two-lane road we ever traveled. However, as the population in Florida is filled with more northerners, the southern tradition of boiled peanuts seems to have disappeared along with the Boiled Peanut Stands. Today, it is rare to see this part of the southern history along the roadside. I was having fun going through some of my old negatives, and when I pulled my photograph of the boiled peanut stand out of the file, I realized it was a part of Florida’s history and was so glad I had photographed the stand. As I painted the image, I wondered how this peanut became a “southern thing” and where the peanut came from? If you’re curious, the following few paragraphs consist of a short history of the peanut.  Peanuts The Incas perfected peanut cultivation, and archaeologists have found peanut pottery and artistic renditions of the plant in ancient Peruvian tombs. Like corn (another Incan crop), the peanut is an entirely domesticated plant that is never found in the wild. Peanuts were grown as far north as Mexico when the Spanish began their exploration of the new world. The explorers took peanuts back to Spain, and from there, traders and explorers spread them to Asia and Africa. Africans were the first to introduce peanuts to North America beginning in the 1700s.  The peanut was first brought to America by slaves from Africa, and the practice of boiling peanuts probably originated here. Field workers would hold a “peanut boil” to celebrate with shared conversation and food if there was a surplus peanut crop.  The great concern of the Confederate government was to feed the army. When troops of the Confederacy were without food, peanuts were an essential nutritional source. Since cooking facilities were scarce, soldiers roasted the peanuts over campfires or boiled them. Peanuts did not become a commercial crop until 1896 when George Washington Carver, ex-slave, and chemist, began a series of agricultural experiments at Tuskegee Institute, Ala. The South’s land had been depleted of vital soil nutrients by constant over-planting of cotton, and Carver proved that raising peanuts would revitalize the land by adding nitrogen to the soil.  While the peanut is an indigenous American plant, nearly 85 percent of the world’s crop is grown in Asia and Africa.  The Art of Hand Painting Black and White Photographs Photographed with her film camera, Niki was able to scan the rediscovered negative and paint using Photoshop. Changing from the old-fashioned way of doing her art, to the new ‘fashion’ of using technology was challenging, but she’s enjoying getting back to her own personal expression. Archival Print Making Niki’s open edition gicleé artwork is printed on Sunset Bright Velvet Rag matte finish paper using eight archival inks. A state-of-the-art Epson Stylus Pro printer creates deep, rich dark values that hold subtle detail in the shadows as well as bright vivid colors that are truly tropical.