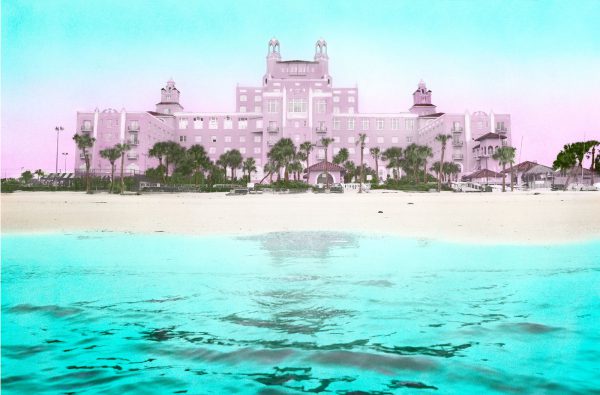 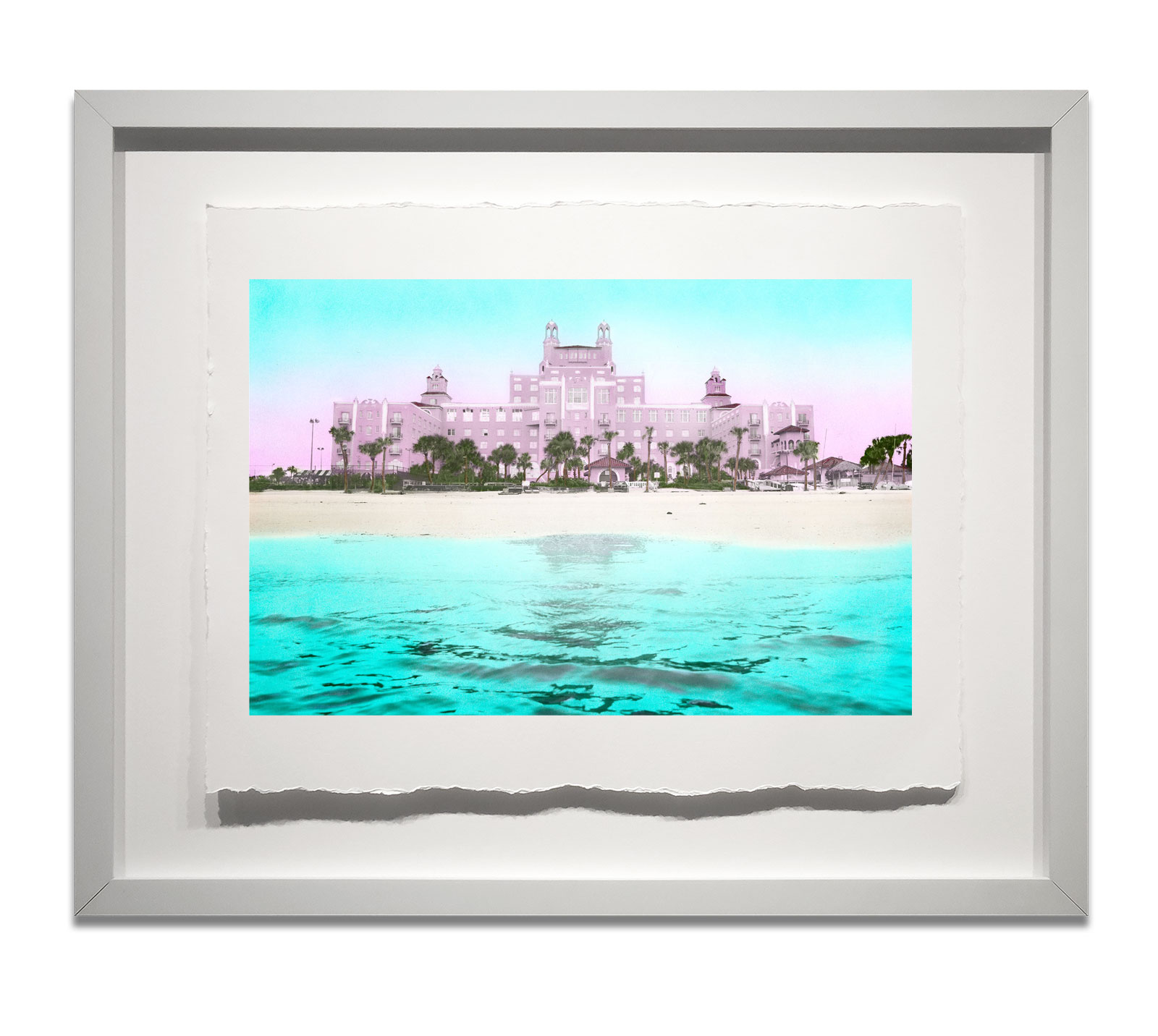 Photographic Story I often use pink tones in my hand-painting, but in this case, the Don CeSar Hotel on St. Pete Beach is actually pink. The building is one of Florida’s outstanding historical pieces of architecture and is often referred to as the “Pink Palace.” Constructed in 1928 by Thomas Rowe as a tribute to his lost love, the opulent hotel was the place to be and be seen during the Great Gatsby era. Shortly after Rowe’s sudden death at his hotel, the Army purchased the building. It was initially used as a military hospital for traumatized Air Force pilots returning from World War II. Later it was turned into a VA Headquarters and fell into disrepair. The building was scheduled for the wrecking ball until concerned citizens formed the “Save the Don” committee in the early 1970s and did just that! I love that the new owners’ choice of colors honors the era in which the building was originally built. The Art of Hand Painting Black and White Photographs Niki prints her images on fiber-base black and white mat surface paper in the darkroom, then using Q-tips and cotton balls, she applies a thin coat of oil paint over the surface allowing the image to gently be seen through the oil paint. Archival Print Making Niki’s open edition gicleé artwork is printed on Sunset Bright Velvet Rag matte finish paper using eight archival inks. A state-of-the-art Epson Stylus Pro printer creates deep, rich dark values that hold subtle detail in the shadows as well as bright vivid colors that are truly tropical.