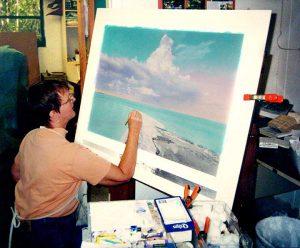 Capturing Old Florida  “I am passionate about the art of creating hand-painted, black and white photography. I love to express myself by adding color, that may not be true to the original scene, yet evokes a particular fleeting moment that I felt at the time. I delight in the fact that I am able to combine a technique that was once popular, but is now nearly forgotten. I am honored that I have had the opportunity to document Florida’s scenic landscapes and historical architectural icons for generations to come. – Niki Butcher 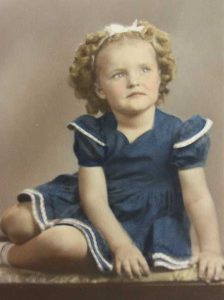 Born in Arizona and raised in Palo Alto, California, Niki thrived and was inspired by the intellectual and culturally diverse community that formed around Stanford University. Her interest in the arts began when she was a junior in high school. She sold her first painting at age sixteen. She continued her love of art in college where she majored in fine art. Niki and Clyde Butcher married in 1963. Clyde graduated from college with a degree in architecture and soon after began his first business. Niki left college to work until that business got off the ground. It never did, but they both agree it was a great learning experience. 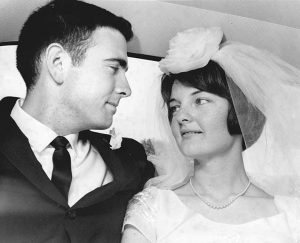 In 1965, Clyde joined the architectural firm of William Perreira. In 1967, their daughter and future business partner, Jackie was born. Two years, later their son Ted entered this world. Initially, Niki was a ‘stay-at-home’ mom, but the urge to create inspired her to start a small portrait photography business she called “Natural Family Photography”. She photographed her clients on site in school playgrounds, parks and beaches. 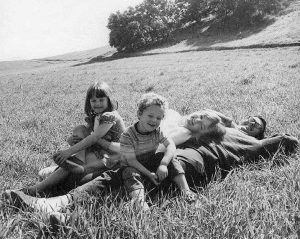 Clyde established his second business in 1971 and Niki gave up her small business and went to work full time to as manager. The business grew to employ around 200 employees. Due to the stress of the business, Clyde and Niki sold it in 1977. To restore their spiritual being, Clyde built a sailboat, then trailered it across country to Florida where the family explored the waters off Florida. They both fell in love with the state. 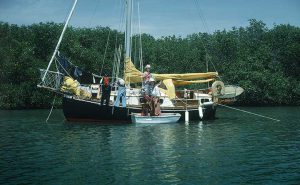 In 1980, the Butcher’s moved to Florida and settled in Fort Myers. Niki was enamored by the beauty of the environment and the funky ‘mom & pop’ wayside places throughout the state. The large population boom in Florida endangered both the environment and the historical structures of Florida, which were  rapidly disappearing. In an effort to chronicle these unique Florida scenes, Niki began to capture them on black and white film, which she would later hand-paint. 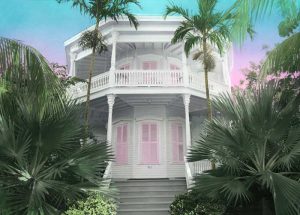 Niki’s style of hand-painting black and white photography was influenced by the old fashioned post card artists, who, in an effort to add more realism to monochrome images, added hand-coloring. She feels that this method evokes the soft and somewhat surreal feeling that she often experiences while traveling around the state. 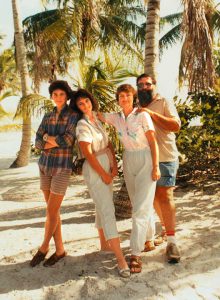 In 1986, Clyde’s and Niki’s son, Ted, was killed by a drunk driver. It was a traumatic event for the entire family. While Clyde went out into the wilderness to renew himself, Niki escaped into her hand-painted black and white imagery. 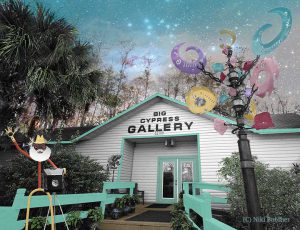 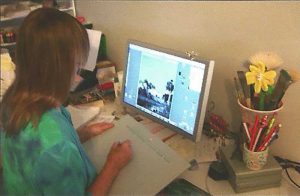 Niki had been photographing using a Pentax 6x7 camera with black and white film. She became intrigued by the digital age of cameras and the use of Photoshop. Her first digital camera was only 5 megapixels, not good enough for her artwork. However, as digital cameras improved, Niki began using them to capture her images. She now photographs with a Sony a7R II. She joined the computer revolution in 2006 when she began hand-painting and creating photomontages using a Wacom tablet and Photoshop. The images are printed on Harman Hahnemuhle paper using an Epson Stylus 4800 printer. The print is mounted and matted to current museum-quality, archival standards.